Italy made it 35 games unbeaten to equal the European record run set by Spain but were held to a frustrating 1-1 draw by Bulgaria, while Spain lost their first World Cup Qualifier in 28 years with defeat to Sweden.

Sweden recovered from a goal down to hand Spain a shock 2-1 defeat.

The game was barely five minutes old when Spain debutant Carlos Soler put the visitors ahead with a smart half-volley from Jordi Alba’s cross.

The lead did not last long, however, as a minute later Alexander Isak, who plays in Spain for Real Sociedad, capitalised on Sergio Busquets’ error on the edge of the box to equalise.

Viktor Claesson latched onto Dejan Kulusevski’s pass after fine work from the Juventus midfielder to fire home the winner after 57 minutes.

Sweden moved onto nine points with three wins from three games to top Group B, while Spain dropped to second with seven points having played a match more.

Kosovo were 1-0 winners against Georgia in the other Group B game of the evening, Vedat Muriqi scoring the only goal in the 18th minute.

In Italy’s first match since winning Euro 2020 in July, Federico Chiesa wasted no time in putting Italy ahead, arrowing home a fine finish with 16 minutes on the clock.

However, Atanas Iliev struck an equaliser against the run of play five minutes before the break, the first goal Italy have conceded in their World Cup qualifying campaign to date.

It was one-way traffic in the second half as the home side went in search of a winner but, apart from Ciro Immobile’s effort from a tight angle that was cleared off the line, Roberto Mancini’s side did not look like scoring again.

Despite the draw, Italy remain in a strong position to reach next year’s World Cup in Qatar, sitting top of Group C on 10 points from four matches, four points clear of Switzerland in second albeit having played two games more.

Elsewhere in Group C, Northern Ireland survived a second-half scare to secure a vital 4-1 win against Lithuania and boost their chances in World Cup Qualifying.

But the drama of the game came in the second half, starting when the visitors were awarded a penalty shortly after the break. Linas Megelaitis was penalised for a blatant handball after Michael Smith’s fierce shot, with Washington powering the penalty home after a VAR review (52). 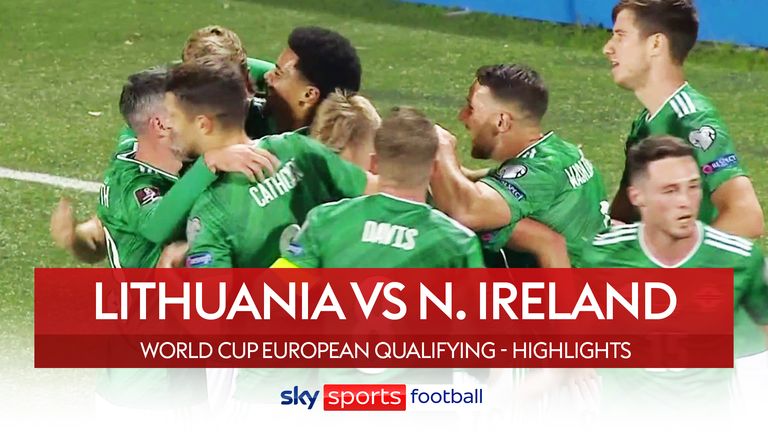 But Lithuania pulled a goal back almost immediately as Rolandas Baravykas (54) curled home a superb effort. It looked like the comeback was on too when the hosts were awarded their own penalty following a lengthy VAR review, but Bailey Peacock-Farrell was the hero of the hour as he saved Arvydas Novikovas’ spot kick.

It proved to be the turning point in the game as Northern Ireland pulled further ahead. It was another tap in, this time for Shayne Lavery (67) as he netted his first goal for his country. Another penalty then rounded proceedings off too as Steven Davis was fouled by Edgaras Utkus, who should have been sent off in the first half.

Paddy McNair – who was booked for his foul to give away Lithuania’s penalty and will miss the next World Cup Qualifier against Switzerland – converted the spot kick (82) and round off the must-win victory. 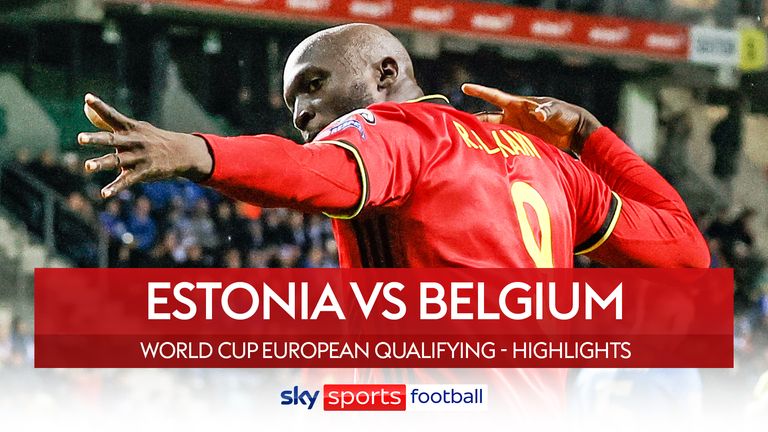 Highlights of the World Cup Qualifying match between Estonia and Belgium

Romelu Lukaku scored twice as Belgium overcame an early scare to crush Estonia 5-2 away and solidify their position at the top of Group E.

Lukaku took his record to 66 goals for his country on his 99th appearance after Belgium were shocked early on. Estonia captain Matthias Kait stole the ball in midfield and thundered home a powerful shot to put the hosts ahead in the second minute.

But FIFA’s top-ranked team fought back to reach 10 points, three ahead of the Czech Republic in second. Hans Vanaken, Axel Witsel and substitute Thomas Foket also scored for Belgium while Erik Sorga got a consolation for the home side. Estonia are bottom of the group without a win from three games.

The Czech Republic were 1-0 winners against Belarus, with Antonin Barak scoring in the 34th minute. 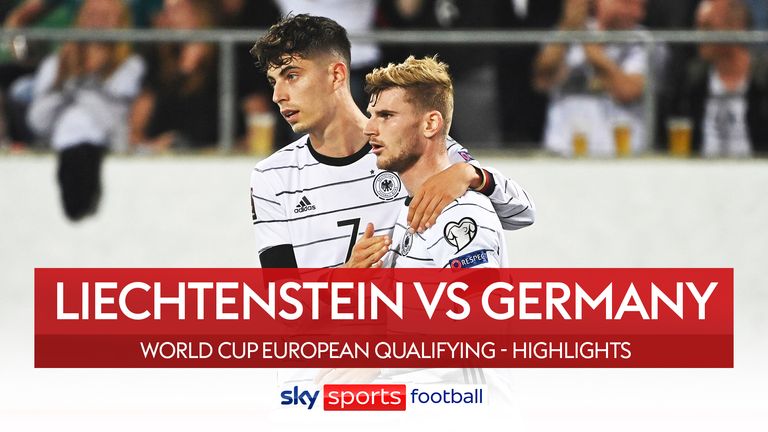 Highlights of the World Cup Qualifying match between Liechtenstein and Germany

New Germany coach Hansi Flick got his reign off to a winning start as Timo Werner and Leroy Sane scored in a 2-0 win over Liechtenstein in Group J, but once again the Germans struggled in front of goal.

Former assistant Flick took over following Germany’s Euro 2020 exit after a 2-0 last-16 defeat by England and the departure of manager Joachim Low, but the inconsistency that has been his side’s hallmark of late remained.

After they suffered a shock loss to North Macedonia in March, the Germans are second in the group on nine points after four games, one behind leaders Armenia. Liechtenstein are bottom with no points and one goal scored with 12 against.

In Group J’s other game, Armenia dropped their first points of the campaign with a 0-0 draw against North Macedonia, who remain third. They are a point above Romania, who won 2-0 in Iceland. 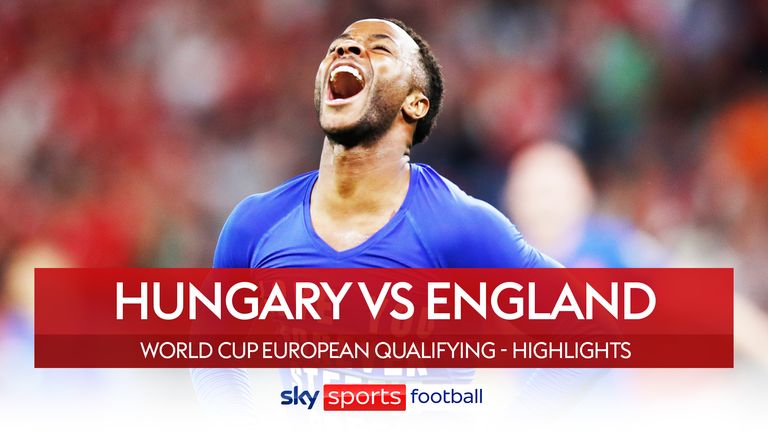 England got their World Cup qualifying campaign back up and running in fine style as Gareth Southgate’s side scored four second-half goals to secure a 4-0 victory against Hungary.

The goals eventually came in the second half as Raheem Sterling, Harry Kane, Harry Maguire and Declan Rice found the net to seal a comfortable victory, to continue England’s momentum from the summer.

Racist chanting aimed at Sterling, and substitute Jude Bellingham as he warmed up, provided an unsavoury end to the game, but England can look back at a job well done with victory continuing their perfect start to qualification for the 2022 World Cup in Qatar. They now have four victories from their opening four matches and a five-point lead to second placed Poland in Group I.

Meanwhile, Hungary, who took points off both France and Germany at Euro 2020 in the summer, suffered their first defeat of the campaign as they dropped to third in the table on goal difference.

Elsewhere in Group I, Poland breezed past Albania, winning 4-1 in Warsaw, while Andorra earned their first win by beating fellow minnows San Marino 2-0 at home.