Babar Azam won the toss and opted to chase in the seventh and final T20I of the series against England. With the teams currently level at 3-3, Lahore’s third encounter will be the decider.

Pakistan made three changes to the XI that was beaten comprehensively on Friday night, with Mohammad Rizwan and Haris Rauf – the leading run-scorer and wicket-taker on either side – both recalled. Mohammad Hasnain also comes in, with Mohammad Haris, Aamer Jamal and Shahnawaz Dahani sitting out.

England brought back Chris Woakes for his second appearance in the series, replacing Richard Gleeson, but Mark Wood was officially “not risked” ahead of the T20 World Cup in Australia. Moeen Ali continued to captain the side, with Jos Buttler still waiting for the right time to make his comeback from a calf strain. 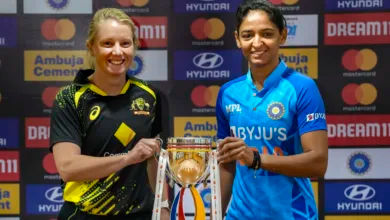