Kuldeep Yadav has been named as his replacement

Washington Sundar has been ruled out of India’s three-match T20I series against West Indies, which begins in Kolkata on Wednesday. According to a BCCI release, the spin-bowling allrounder suffered a hamstring strain while fielding during the third ODI in Ahmedabad on Friday.
Left-arm wristspinner Kuldeep Yadav has been named as Washington’s replacement in India’s squad.
The hamstring strain is the latest in a series of injuries and illnesses that have hounded Washington over the last few months. First, he was forced to miss the second half of IPL 2021 in the UAE after suffering a finger injury. He returned to domestic action during the 50-overs Vijay Hazare Trophy, helping Tamil Nadu reach the final, but a bout of Covid-19 kept him waiting for his international comeback, ruling him out of the ODI leg of India’s tour of South Africa in January this year.
Washington finally returned to India colours during the ODIs against West Indies, playing all three games and showing promise with both ball and bat. He picked up four wickets at 18.75, while conceding just 4.16 runs per over, and he also contributed scores of 24 and 33 in his two outings with the bat.

Just when he seemed to be back in the thick of things, however, injury has struck once more.

As a specialist bowler, Kuldeep isn’t a like-for-like replacement for Washington; the batting ability of seamers Shardul Thakur, Deepak Chahar and Harshal Patel, however, should still allow India to pick an XI without compromising on their batting depth. 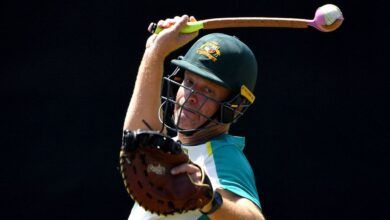