David Haye wants a one-off fight against Tyson Fury and not a boxing comeback, but Evander Holyfield’s worrying return should be a warning, says Johnny Nelson.

Haye ended his retirement of three years, aged 40, for an eight-round bout against Joe Fournier on Saturday, which ended in a points win for the former two-weight world champion.

Fury was then called out by Haye, who insisted: “I know his Kryptonite, I know what he can’t handle.”

But Sky Sports expert Johnny Nelson has questioned Haye’s reasons for pursuing a fight against the unbeaten WBC king.

“I’m taking David Haye’s return to boxing with a pinch of salt,” he told Sky Sports.

“David looks in amazing condition at 40-years-old and I think a rest from the sport has probably done his body good and done his mindset good. He’s a very Zen person now, so he’s probably put a lot of things into perspective, in regard to his future and what he wants to achieve in boxing.

“David calling out Tyson Fury – it’s made headlines, it’s made people talk about it. How serious is it? I don’t know. It’s always ‘what if’ for fighters.

“You’ve got to look at David’s last two performances of his career and how he performed. The rest would have done him a world of good and that fight with Fournier was two mates having a spar, but David knows what he is capable of doing.

“I think the reality of training hard in camp for a few months could kick in, and make him realise how much he has actually bitten off. But maybe he’s got that impetus, that energy and that fire in his belly for a fight with Tyson Fury?

Coming back to fight Tyson Fury, if he’s serious, it’s just for that fight. It’s not for a career.

“For David, he’s not talking about coming back to box as a career, and people need to understand the difference. He’s coming back to fight Tyson Fury.

“Quite clearly, David knew that he didn’t have enough left to sustain a successful career after his last two defeats against Tony Bellew.

“Coming back to fight Tyson Fury, if he’s serious, it’s just for that fight. It’s not for a career.” 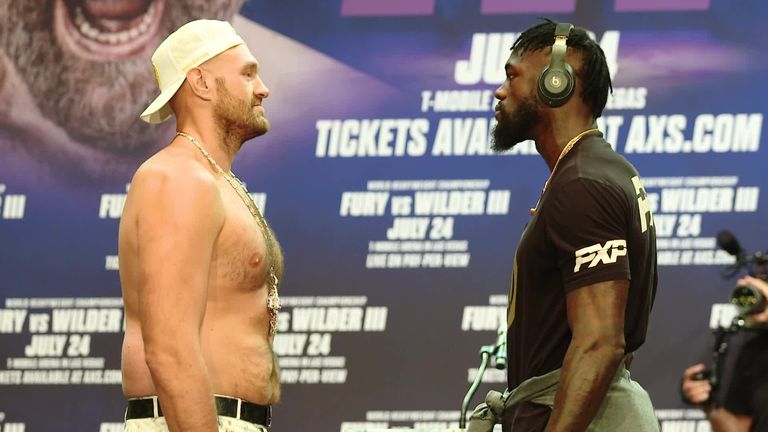 Haye twice had to withdraw from a scheduled fight against Fury and plans for a British battle were finally abandoned after he underwent shoulder surgery in 2013.

“Tyson Fury himself might think, ‘I’ll have a piece of this,’ because there is no love lost between David and Tyson,” said Nelson.

“I’m quite sure the temptation is there, but will Tyson Fury want to commit to fighting David Haye after the pull outs through injury? I don’t know.

“Tyson Fury, if it’s serious, might go for it because Tyson is a fighting man. He likes to have a scrap.

“I don’t doubt that David has still got that power, but what I doubt is how much he has got left to fight Tyson Fury.”

Evander Holyfield also appeared on the same bill as Haye, but fears for the 58-year-old’s health were justified when he suffered a first-round stoppage loss to former UFC champion Vitor Belfort.

“We saw Evander Holyfield and we all got lost in the nostalgia of what Evander used to be capable of doing,” said Nelson. “Then reality kicked in, he’s a 58-year-old man who clearly has no punch resistance. He looked the part, but that’s about it.

“Evander made the same mistake as most ex-fighters do when you think, ‘I can do it.’ Is David Haye at the same stage as Holyfield? I don’t believe so.

“Holyfield had been away from the sport long enough for people to forget his last few fights and remember his heyday. But you’ve got to be realistic with yourself and say, ‘Right, can I really do this?’

“David Haye is not making a comeback as a fighter. What he’s said is – ‘I want to fight Tyson Fury.’

“If he’s saying he wants to come back and dominate the heavyweight division, then you’d reply, ‘Come on David.’